Except for the steering system, the R series is as close to other Avant mini loader models as possible and its design is based on the following machines:

High lift capacity, rigid articulation joint, telescopic loader boom and compact dimensions are common features between the R series and other Avant mini loader model series. The advantages of the R series steering system are best shown when driving along narrow corridors and in tight situations indoors. Even though the turning circle of the R series is practically the same as with other Avant mini loaders, it is easier to turn with the R series in very tight situations, because the driver’s seat doesn’t extend beyond the turning radius of the wheels when turning.

the mini that will become your best friend.

While Avant mini loaders are made as compact as possible, the reach and lift height do not suffer from it.

In many cases, it is possible to load a trailer from one side thanks to the outreach of the telescopic boom and still have excellent all-round visibility.

Avant attachments have been designed to work as an equal partner on Avant loaders. The best machine-attachment combination and work efficiency can only be achieved when a good machine is fitted with attachments that are specifically designed for the machine. The dimensions, auxiliary hydraulics output and other features of Avant are in perfect balance with the attachments.

Avant mini loaders and attachments have been designed for year-round use which ensures that the machine is never sitting idle. The wide range of options available for the loaders – like four different cabs, extra work lights, the Opticontroltm attachment control system, etc. – together with technical solutions in the loaders make Avant as comfortable to use in the winter cold as it is on a sunny summer afternoon.

Avant’s hydraulic multi-connector system for coupling the attachment’s hydraulic hoses guarantees easy and effortless connecting and detaching in any situation with a single hand movement. It can be done with the engine running and/or pressure in the attachment, also in freezing ambient temperatures. The mechanism is leak-free and cannot be connected in the wrong way.

All articulated Avant mini loaders are equipped with a hydrostatic drive system. There is a hydraulic drive motor on each wheel. The drive circuit is equipped with valves with which traction can be controlled in different situations. In order to avoid tyre marks on soft and sensitive surfaces when turning, the system allows the wheels on the left and right sides of the mini loader to roll at different speeds. This also reduces tyre wear on hard surfaces.

The valves in the drive system work like a hydraulic 4×4 diff lock and equalize the oil flow between the left and right side hydraulic motors, improving traction on slippery and uneven surfaces. 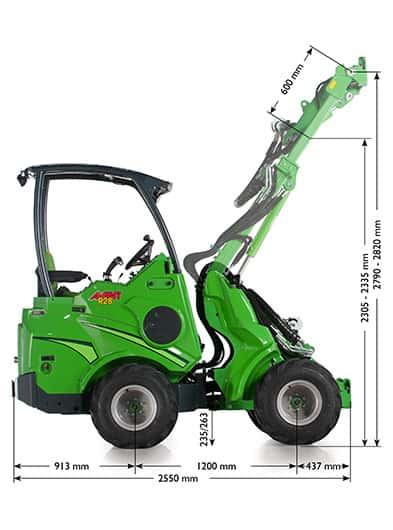 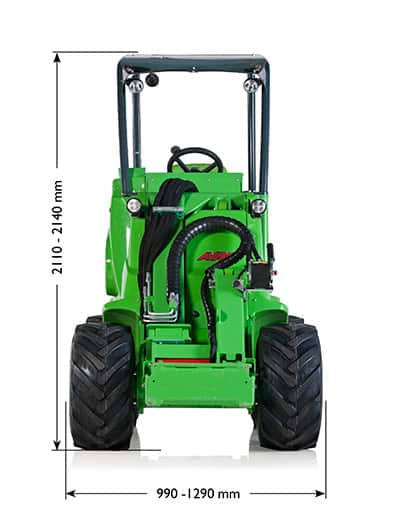 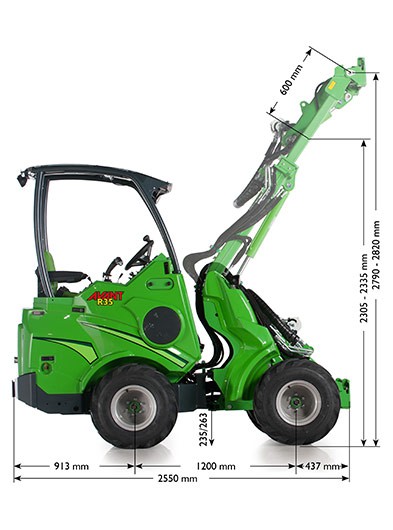 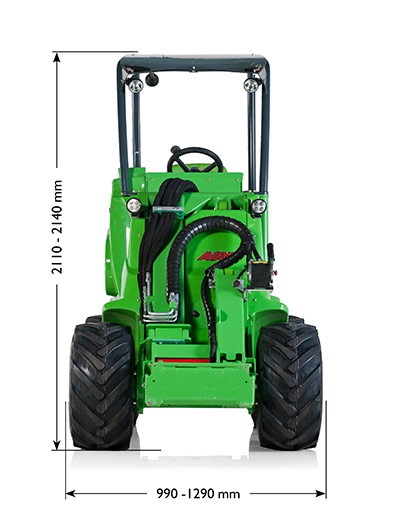