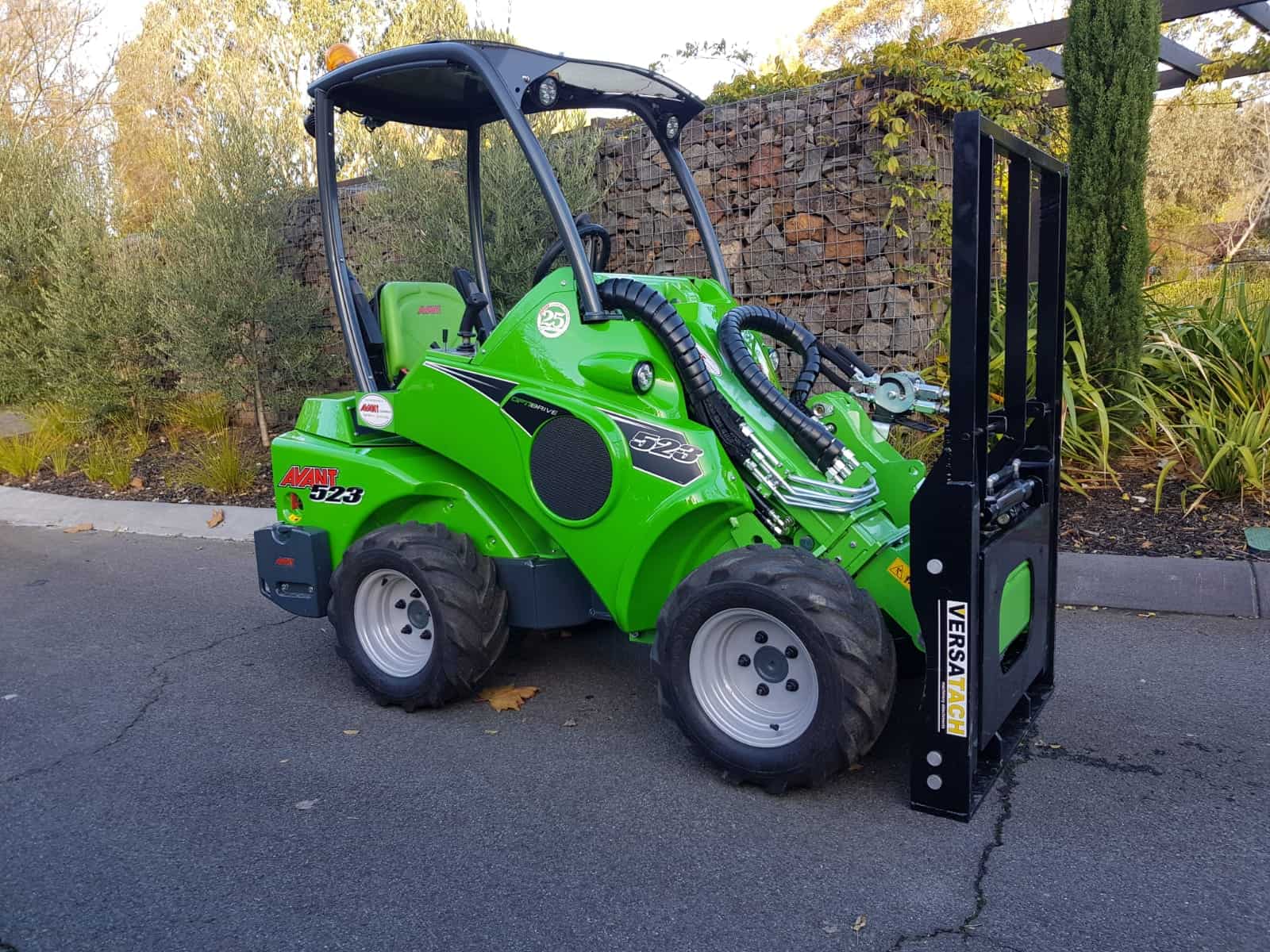 Avant has developed a new, innovative solution Optidrive™, for improving the performance of the drive circuit in Avant loaders.

The drive system in Avant loaders consists of a variable displacement hydraulic pump, four hydraulic drive motors as well as valves that connect together with hydraulic hoses and fittings. The drive power system or drive circuit transmits from engine to wheels using hydraulic oil. Instead of mechanical axles Avant uses four separate hydraulic drive motors. These are located on each wheel of the loader.

Avant was the first manufacturer to design and utilise such a system in a compact loader. This system has proven to be very effective, offering lots of pushing power. It also enables a compact design to the loader while maintaining an extremely low centre of gravity. This is key to the stability of Avant loaders.

Through research & development Avant has now improved this system with an innovative way of rethinking.  When hydraulic oil flows at high flow rate in the drive circuit – in hydraulic hoses, fittings, motors and valves – the resistance in these components heats up the hydraulic oil. The more hoses and fittings, the quicker the oil heats up, which means all that unnecessary heat generated in the system uses part of the engine output in vain. This also results in higher fuel consumption so less engine power is available for the actual job.

The new system radically reduces and optimises the amount of hydraulic hoses and fittings. The new Optidrive™ is a standard feature first in Avant 700 series, later also in the 500 and 600 series.

BENEFITS OF THE NEW OPTIDRIVE™

Optidrive™ reduces power loss in the system by up to 1.5 kW which is roughly 10 % of the total power used in the drive circuit.

There are far less 90 degree angle fittings and T-junction fittings which are less optimal for the hydraulic flow.

Several valves mount together on one hydraulic block.

In Optidrive™ the amount of flushing oil in the drive motors is 5 times bigger compared to the old system, providing a far better cooling of the drive circuit.

The parking break is located in the rear wheel to allow for the best possible grip on all load and terrain situations.

The Optidrive™ has also an effect on the weight and balance of the engine and pump assembly on the loader. The altered weight distribution also lead to developing new engine mounts (vibration dampers) that are optimized to the new load and balance of the assembly. This optimization resulted in reducing the total vibrations of the 700 series loaders. This is especially notable in the noise level inside the cab LX and DLX. The new larger engine mounts reduce vibrations by 50 % on Avant 745 and 750, and by 37 % on Avant 755i and 760i.

The Optidrive™ has the new Parker EO3 fitting system in all of the high pressure hoses and fittings. This new system has a dial on the fitting which shows required torque tightening for the fitting. Also less fittings and less hoses equal to less possibility of a hydraulic leak.

Less hydraulic connections, the new fitting system and more space to work with in the engine bay and front hydraulic motors area all provide a better servicing experience. The Optidrive™ has a centralized valve system which collects all drive circuit valving into one valve block located in the front frame of the machine.

Also, see our full range of Loaders here. Manufacture of Avant Compact Loaders as well as attachments takes place by Avant Tecno in Finland. For more information call 1800 686 411 or contact us.